The Disaster Law Project has been supporting advocates in Puerto Rico in their efforts to make sure that homeowners who survived Hurricane Maria receive the assistance they are entitled to by law. Up to 70,000 homeowners were wrongly denied FEMA benefits because the agency required proof of ownership that either was not available, or did not exist under Puerto Rico law.

After months of back and forth, FEMA agreed to take certain steps in line with our demands. Specifically, the agency will:

Our job now is to make sure FEMA lives up to it promise so that eligible home-owners can finally start to rebuild.

UPDATE: a bill introduced by Senator Elizabeth Warren (D-MA) and Rep. Adriano Espaillat (D-NY 13) would avoid these problems in future disasters. The Housing Survivors of Major Disasters Act of 2019 would expand the type of evidence disaster survivors could rely on to establish home-ownership, and would make benefits available to people who occupy otherwise unused property, or are homeless. A summary of the bill is  here; full text here.

“These groups are similarly situated, and FEMA has no compelling justification for treating them differently.”

In the wake of Superstorm Sandy, FEMA reached out to 144,000 East-coast homeowners whose flood claims were wrongly denied, giving them a second chance to access the recovery help they needed, and were entitled by law to receive.

We want to know why FEMA won’t do the same for homeowners in Puerto Rico.

Read our letter to Congress demanding immediate transparency and outreach from FEMA:

“[We] are deeply concerned that FEMA has wrongly denied property repair and replacement assistance to qualified homeowners under its Individuals and Households Program [IHP], which helps low-income survivors meet their basic needs. FEMA has refused to notify individual applicants of the Agency’s error and to clarify the process it will use to review resubmitted benefit applications going forward. Without explanation, FEMA maintains that it will not notify individual homeowners wrongly denied benefits following Hurricane Maria, even though it did notify nearly twice as many individual homeowners wrongly denied insurance payouts following Superstorm Sandy. These groups are similarly situated, and FEMA has no compelling justification for treating them differently.” 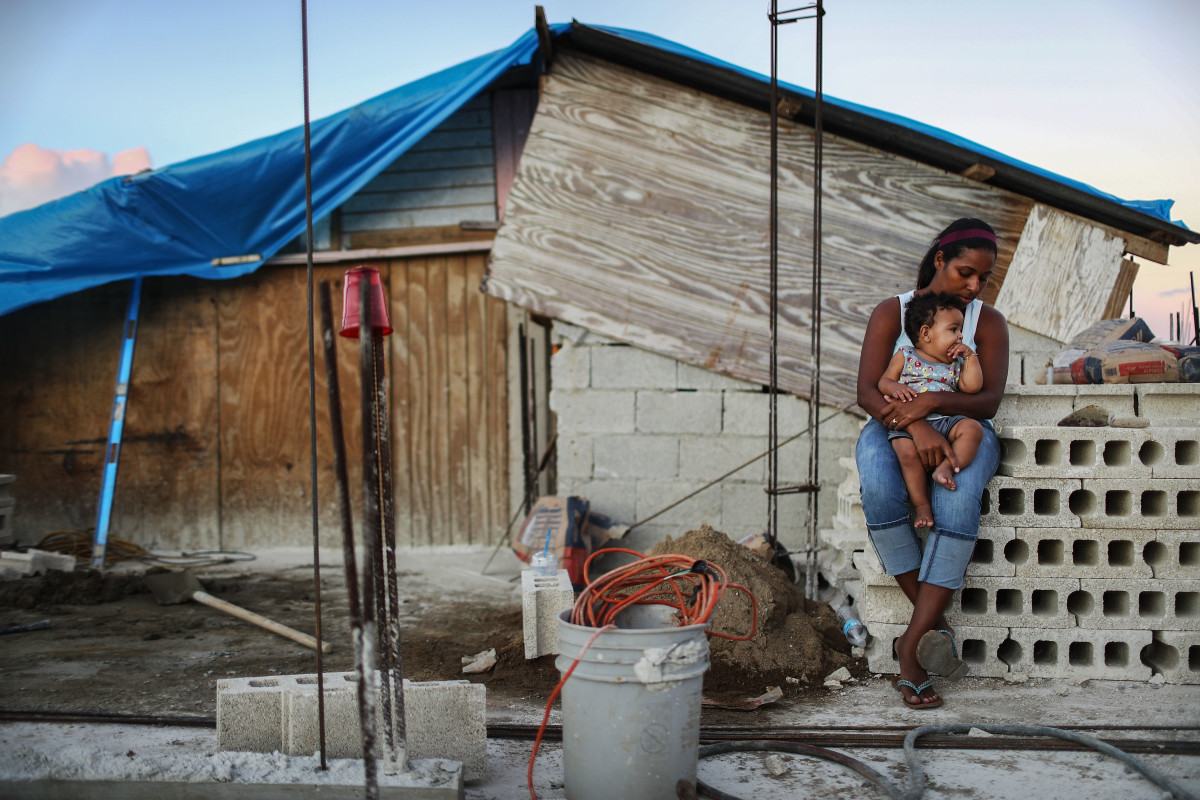 If you’re in Puerto Rico, you now have until June 18 to apply for disaster benefits. This is the second time FEMA extended the filing deadline, giving applicants nearly 9 months to submit a claim. That might seem like a long time, but it makes sense given FEMA’s slow start and lingering recovery roadblocks. FEMA took weeks to open the first Disaster Recovery Center where survivors could apply in person, and widespread power outages made it impossible for people who couldn’t reach a DRC to apply by phone or on-line.
Things are improving, certainly, and FEMA so far has processed about 1.2 million applications for individual and household benefits. But with roughly 150,000 customers still waiting for electricity, it’s impossible to say that everyone’s had a fair opportunity to apply.
FEMA has the authority to extend the deadline again, but my hunch says it won’t. By comparison, FEMA accepted applications for 6 months following Hurricane Katrina and Superstorm Sandy, but we’re nearing a month past that point already for Hurricane Maria.
Moreover, even if Puerto Rico’s Governor, Ricardo Rossello, formally requests an extension (which he’d have to before one is granted), FEMA could reject the request if it’s satisfied with the pace of progress and number of applications received between now and then.
So apply as soon as you can – here’s how:

This FEMA FAQs sheet provides more information, and a video link that walks you through the process of filing and tracking your application. Take a look, but here are five additional tips to keep in mind – offered as info, of course, not actual legal advice:

1. Get help from a lawyer by calling 1-800-310-7029. That’s the number for the Disaster Legal Hotline, a service set up by the Young Lawyers Division of the American Bar Association and their pro-bono partners. Leave your basic info, and they’ll connect you with a lawyer who’s done this kind of thing before. The lawyer can answer questions you have about the application process, work with FEMA on your behalf, and help file an appeal if you’re denied or awarded less than you expected. It’s free for most people who call.

END_OF_DOCUMENT_TOKEN_TO_BE_REPLACED

Property owners and other qualifying individuals in New York City will be given additional time following a disaster to repair and clear their property, without incurring penalties for certain municipal code violations.  New disaster legislation passed by the City Council takes effect August 8, 2016, and applies retroactively to fines imposed after Hurricane Sandy.

I’ve posted a detailed summary of new developments here.  In this post, I’ll explain why the scope of protection under one of those laws, Int. 1037, depends on how quickly and effectively the City implements a recovery program following the next major disaster.  The record from Hurricane Sandy is not encouraging, but perhaps the benefit of that experience will produce better results in the future.

END_OF_DOCUMENT_TOKEN_TO_BE_REPLACED

What is a Disaster Lawyer, Anyway?

I get this question a lot.  For me, it’s someone who uses the law to empower people whose rights are overlooked or outright violated in a disaster.  We advocate for people who were socially vulnerable and politically marginalized even before the disaster, and therefore especially susceptible to human rights abuse after a disaster.

Hurricane Katrina was my first direct experience with a mega-disaster, and it’s important to be clear about what happened. The strength of the storm and where it landed are accepted as reasons so many people died, or struggled to stay afloat in the drawn-out aftermath. But life was fated for people across the Gulf Coast long before Katrina, by government policies that determined who lived where; whether and when they could escape; and if those who made it out were encouraged to return home.  I saw the same thing play out in Haiti, and witnessed it from a distance in the Philippines, Nepal, and virtually everywhere else an earthquake hit, a hurricane struck, or a drought crept in.  The most important thing I learned from Katrina and these other events is that disasters do the most damage along political fault-lines that already exist.

I also learned something else from Katrina.  END_OF_DOCUMENT_TOKEN_TO_BE_REPLACED

An “Emergency” is defined as “any occasion or instance” that requires federal assistance to supplement state and local efforts and capacities to save lives, protect property, or avert a catastrophe. END_OF_DOCUMENT_TOKEN_TO_BE_REPLACED

By now the news is out that FEMA will reopen more than 140,000 claims filed by Hurricane Sandy survivors in light of wide-spread fraud in the National Flood Insurance Program.  Thousands of people whose homes were destroyed were cheated out of settlements after insurance companies or their engineering contractors falsified damage assessment reports. How bad is it?

In the coming weeks, FEMA will meet with stakeholders to discuss, among other things, the process that will govern how claims are submitted, reviewed, and appealed.  It also issued a statement last week saying that it will focus on “improving the customer experience through the entire claims process.”

This is critical.  No matter how fair and objective the claims process is, it means nothing if it can’t be understood by every-day people.  For example, following Hurricane Katrina, this is how the Department of Housing and Urban Development (which administers FEMA housing programs), through their website, informed people of their eligibility for certain disaster relief benefits:

There are lessons to be learned here.  If FEMA and other agencies responsible for disaster relief are serious about “improving the customer experience throughout the claims process,” they need to start communicating in a way that is understandable by the very people they serve.